In addition to Flight into Darkness, Hamid Shokat 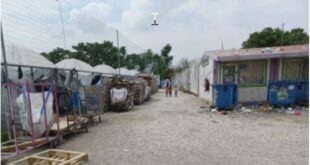 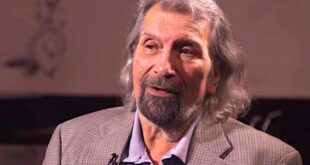 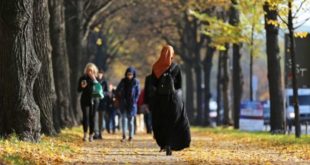 In addition to Flight into Darkness,

Shokat is also the author of the acclaimed Caught in the Crossfire (2016) a political biography of Qavam-os-Saltaneh, the five time prime minister and one of the most pivotal and controversial figures in the history of modern Iran Earlier, with a grant from the Buntstift e.V Foundation, he researched and authored a two volume study of the history of the movement of the Iranian students abroad and the creation and collapse of the Confederation of Iranian Students. This work has been reprinted multiple times.

M.R. Ghanoonparvar, the translator, is Professor Emeritus of Persian and Comparative Literature at The University of Texas at Austin. Ghanoonparvar has also taught at the University of Isfahan, the University of Virginia, and the University of Arizona, and was a Rockefeller Fellow at the University of Michigan. He has published widely on Persian literature and culture in both English and Persian and is the author of more than twenty books including a bestselling cookbook. He was the recipient of the 2008 Lois Roth Prize for
Literary Translation. His most recent publications include Iranian Film and Persian Fiction, Dining at the Safavid Court, Shahrokh Meskub’s In the Alley of the Friend, and Hushang Golshiri’s Book of Jinn. His forthcoming translations are Moniru Ravanipur’s The Drowned and These Crazy Nights, and Shahrnush Parsipur’s Blue Logus.

FLIGHT INTO DARKNESS:
A POLITICAL BIOGRAPHY OF SHAPOUR BAKHTIAR
BY HAMID SHOKAT TRANSLATED BY M.R. GHANOONPARVAR

Shokat’s extensive biography of Bakhtiar is unquestionably a significant
contribution to the political history of Iran after the Second World War. …
Avoiding a one-dimensional celebratory or vilifying portrayal of Bakhtiar,
Shokat offers a complex, well-documented, and solidly substantiated multilayered
analysis of various stages of Bakhtiar’s life. The picture that emerges is
that of an individual, chiefly committed to a set of democratic political, social,
and ethical principles….

This is a work of great scholarship, which is readily accessible to a general
readership and is bound to generate much interest and debate, particularly in
the current climate of Iran’s domestic and international politics.

… Shokat has authored a most detailed and comprehensive political biography.
He offers a fresh look going above and beyond the existing simplistic and
one-sided ideologically based commentaries and judgments that are prevalent
in Iranian political discourse about Bakhtiar.

The last months of the Pahlavi’s reign has been distinguished by the performance
of the King’s last Prime minister Shapour Bakhtiar… In an innovative,
well-researched and effectively written work, Shokat displays the life and
time of Bakhtiar with much accent on the period of his premiership… Prior
to examining the political biography of Bakhtiar, there was another Iranian
stateman whom about his political biography we had Shokat’s masterwork:
Caught in the Crossfire. A Political Biography of Qavam al-Saltaneh…
Therefore, it is not an act of baseless exaltation if one concludes that Shokat
becoming one of the compilers of writing biographies, especially the political
biographies in today Iran.

HAMID SHOKAT
A POLITICAL BIOGRAPHY OF SHAPOUR BAKHTIAR
FLIGHT INTO
DARKNESS
Hamid Shokat is a historian who has
authored numerous books and articles
in Persian about the contemporary history
of Iran, and about political and
social movements of the twentieh century.

His earlier publications include two
books, Background to the Transition to
the One-Party System in Soviet Russia,
1917-1921 and The Lost Years: From
the October Revolution to Lenin’s Death,
which deal with the origins of the totalitarian
dictatorship in Russia and
its impact on the evolution of Marxist
theory.

Interviewing major figures of the Iranian
left, Shokat wrote the seminal
work A Look from Within at the Iranian
Leftist Movement. The first of the four
volumes was published in 1989. This
comprehensive study gives an original
and critical perspective on the behindthe
scene debates, theoretical struggles,
utopian dreams and tragedies of a generation
of the Iranian left.